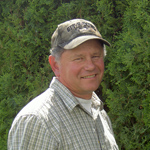 With a 25-mile commute, Bob LaShaw, Crew Leader at ASC Machine Tools, has been carpooling with his wife daily for 5 years. And, before that they carpooled on and off for about 15 years. “I don’t see any reason to run two cars to town, if I don’t have to,” said Bob. “I save wear and tear on my car, save money on gas and it helps the environment.”

Over the years, Bob has had to overcome scheduling conflicts to make carpooling work for him. Although his wife was able to change her schedule in order for them to carpool, she at times has to work a bit later. Bob just waits for her to make carpooling work for them. Another benefit to both Bob and his wife is that she get to sleep longer in the morning and he get to take a nap in the evening on the way home. Combining errands also reduces his trips into town.

As a Crew Leader, Bob encourages employees to carpool. By adjusting schedules slightly, two employees who are neighbors are now able to carpool. And, over half of his employees carpool and work a compressed work schedule. ETC, Tammy Rehms says “Bob has worked through a lot of barriers to continue carpooling. Instead of choosing convenience, he chooses to do the right thing and he supports his employees.” Way to Go Bob!