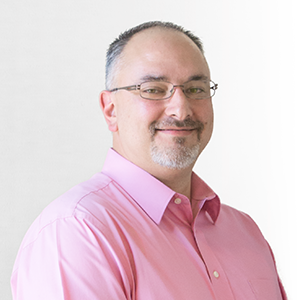 Doug Ennett became the Operations Site Manager for Alorica – Downtown, which employs about 411, in September 2016. Since that time, he’s made some major improvements to their CTR program.

Doug was the first Site Director in the last 14 years who was willing to sit down and listen to his ETC speak about the CTR program and the challenges she faced. He just didn’t listen, he took action!

Doug has also looked at other ways to enhance Alorica’s CTR program. With some of their clients changing, there was an opportunity for schedule flexibility. Doug looked at and approved some of their employees to work compressed work schedules, and they love it!

Doug is an avid bus rider himself and rides every day from the north side of Spokane. Doug says, “as a downtown employee, it just makes sense to take the bus”. It’s convenient, saves money and he enjoys his express route, getting him downtown in 10-15 minutes.

Doug also was instrumental in allowing their ETC to form a small CTR committee. This has really helped in the distribution of bus passes. He also started requiring all employees receiving a monthly bus pass to complete their commute calendar. Since Doug became their director they have gone from 70 employees updating their calendar each month, to 135!

ETC, Maureen McElroy, states “Doug is not just a supporter of the program, but is committed to taking the bus to and from work every day!

He truly walks his talk”