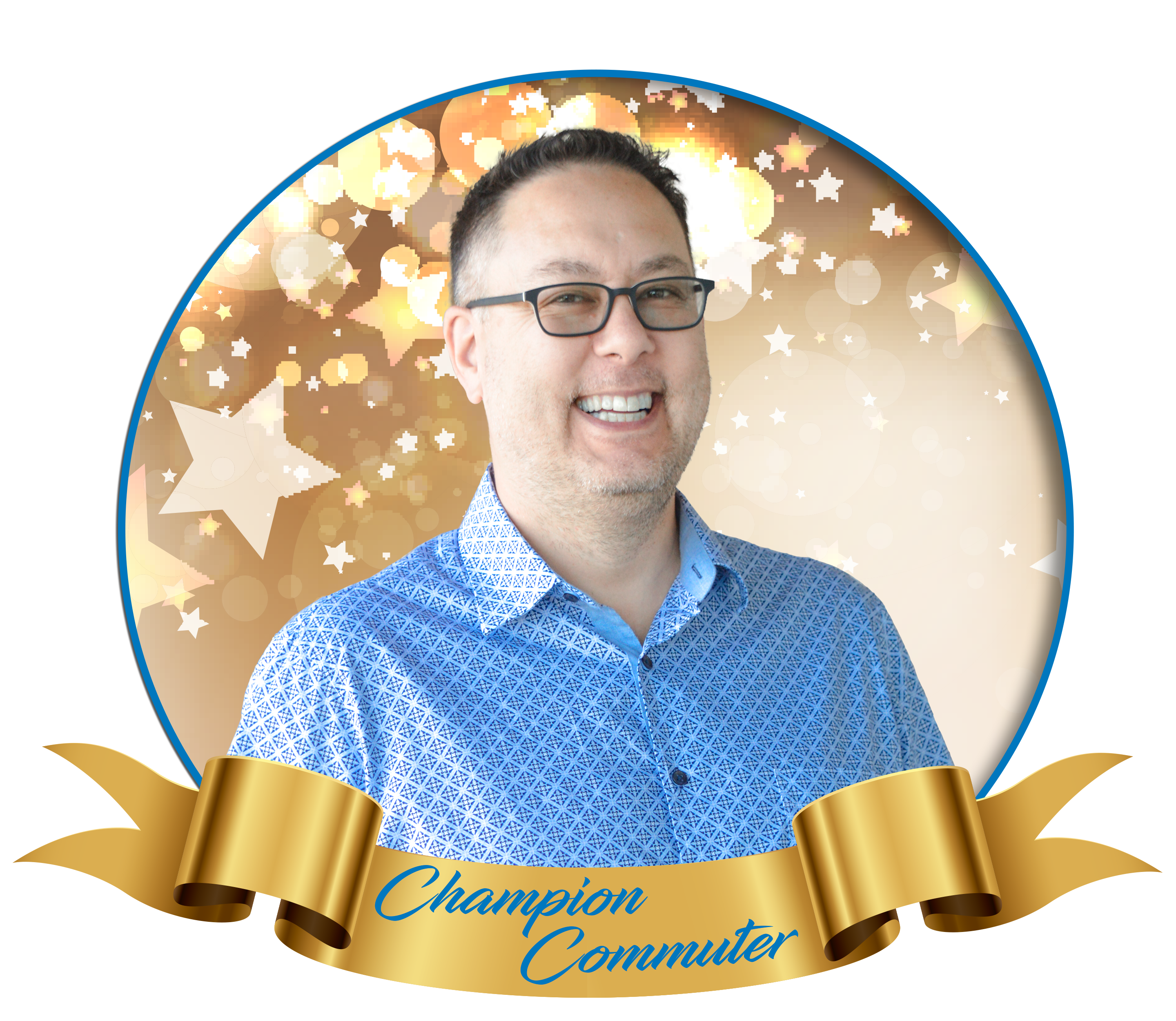 Rob is an IT Systems Admin for WSDOT -Eastern Region.

Rob has been using some sort of commute option for the last 10 years. Throughout the years, he has walked, biked, carpooled, teleworked and worked a compressed work schedule.

Currently Rob works a hybrid schedule. He teleworks a couple days a week, comes into the office a couple days a week, and works a compressed work schedule. Since he currently lives less than a mile from work, he is currently walking to work. Previously when he lived 3 & 7 miles from work, he used to bike. He’s also carpooled when it made sense. A true multi-modal participant!

Rob likes walking for exercise and teleworking for time and money savings. He finds walking to work enjoyable, except when it’s super-hot out and he doesn’t don’t mind walking in the cold and snow.

Since logging his trips in 2011, Robert has saved over 5,000 miles on our Spokane County roads. Robert says, “It’s fun to see the Commute Smart NW dashboard show me how much money and CO2 I’ve saved”.

ETC, Jerry Compton, states, “In the past 10 years Rob has displayed extra effort by being one of our most consistent participants”.