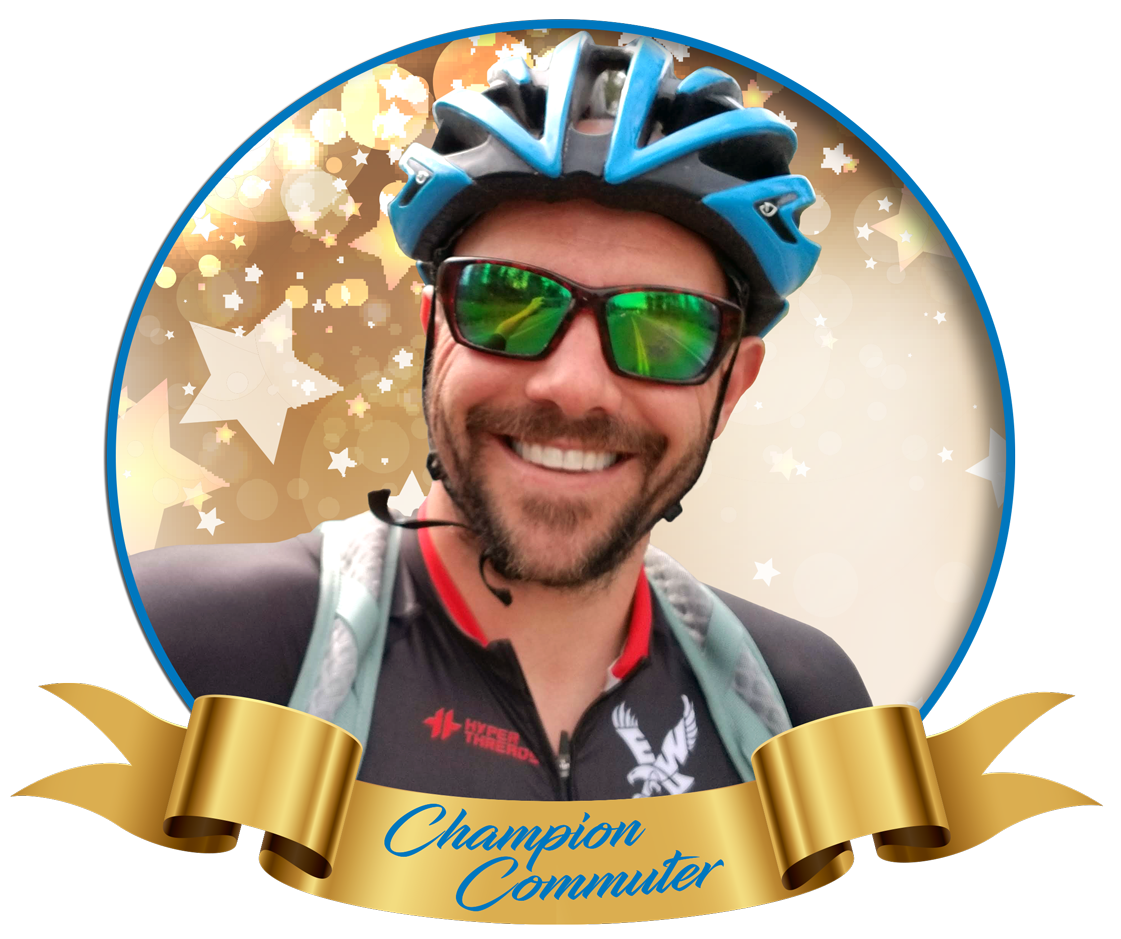 Nigel is a Scientific Instructional Technician at EWU. He also teaches Intro to Geology. He began working at EWU in the fall of 2011. He soon learned about the Fish Lake Trail that could get him from Spokane to Cheney. In the fall of 2012, his car broke down, and began riding his bike or riding the bus to campus every day. Some days he’ll ride his bike from home to campus, a 34-mile round trip. Other days he’ll put his bike on the bus and ride the bus to campus and then bicycle home. He enjoys the exercise he gets while commuting! He literally rides the bus or his bike nearly every day!!! Only a couple times a year, when he needs to “haul rocks” for his Geology classes, does he drive.

He admits putting your bike on the bus is very easy and enjoys the fact that only a couple times has he ever had to wait for the next bus, because the bike rack was full!

Nigel is also the Advisor for the Cycling Club at EWU. The past several years, he’s worked with the Sustainability Coordinator for EWU to promote Bike to Work in May. They encourage fellow colleagues to give bike commuting a try and greet them along the Fish Lake Trail and provide doughnuts as a treat.
He also runs a bike field trip as part of his Geology 120 class, down the Fish Lake Trail to show off Cheney and Spokane’s well established trail infrastructure.

On occasion, Nigel bicycles to EWU with his 76-year old colleague! Nigel said, “If he can do it, anyone can!” ETC, Michelle Rasmussen, says “What Nigel has done for the community lately has been encouraging others to get out and ride their bikes to see our area through a different lens”.