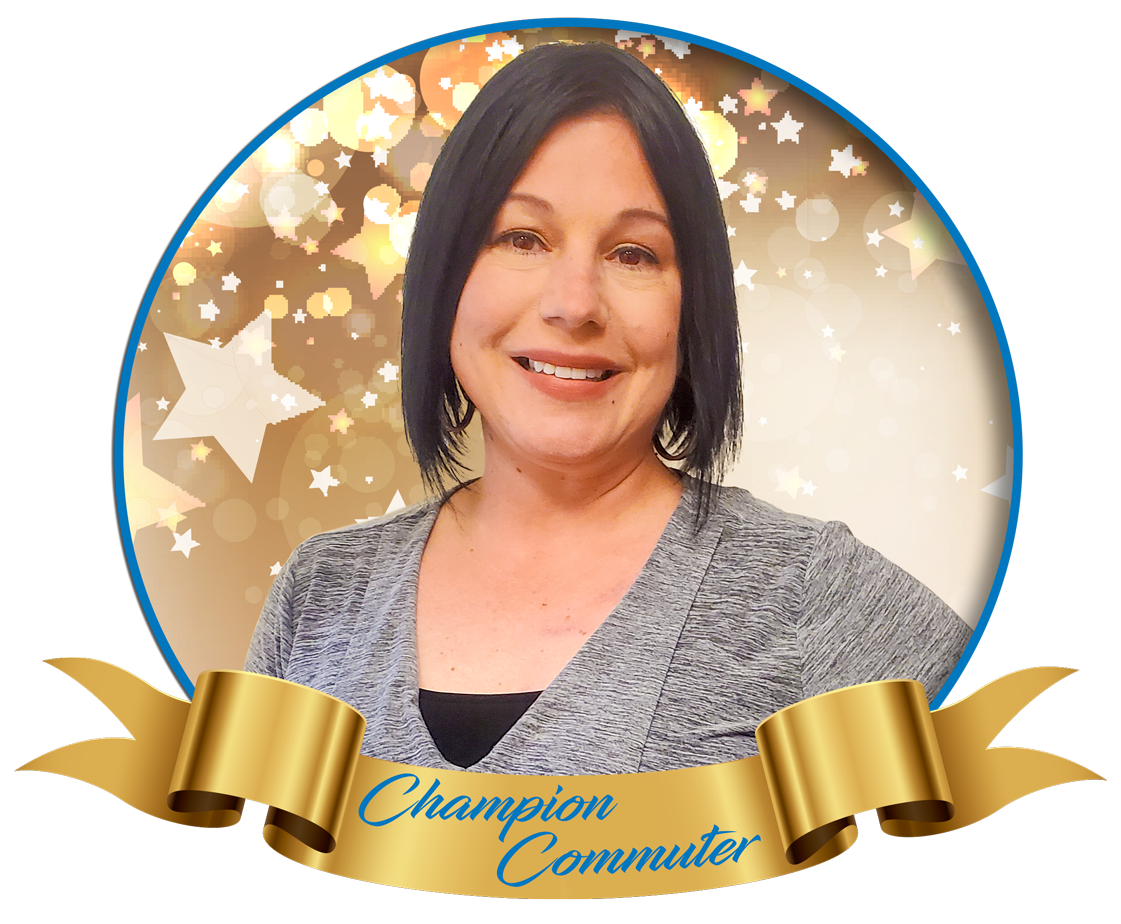 Missy is the Accounts Payable Clerk Cashier for the City of Medical Lake. She has been walking or bicycling to work every day since she began working at the City in January 2017. Living within a mile of her worksite, she says it makes no sense to drive into work. She enjoys the alone time, preparing herself for the day and the ability to decompress on her way home.

Missy likes to work out and walking or riding her bike can be a part of her healthy lifestyle. She also loves the fact that she saves money on gas. She also feels she’s doing her part to keep our air healthy and reducing ozone pollution.

When it’s raining outside, Missy packs a bag with her work shoes and will walk to work in her stylish rain boots with her polka-dot umbrella or will ride her bike with her rain boots and rain jacket. Missy enjoys taking in all the sites and enjoying her surroundings. The things you miss when driving a car.

ETC, Felicia Irish says, “Missy is very passionate about walking and bicycling to work. She’s always talking to other employees about our CTR program and tries to get others motivated to commute with her. She’s even considered getting a tandem bike, so her co-workers could ride into work with her!