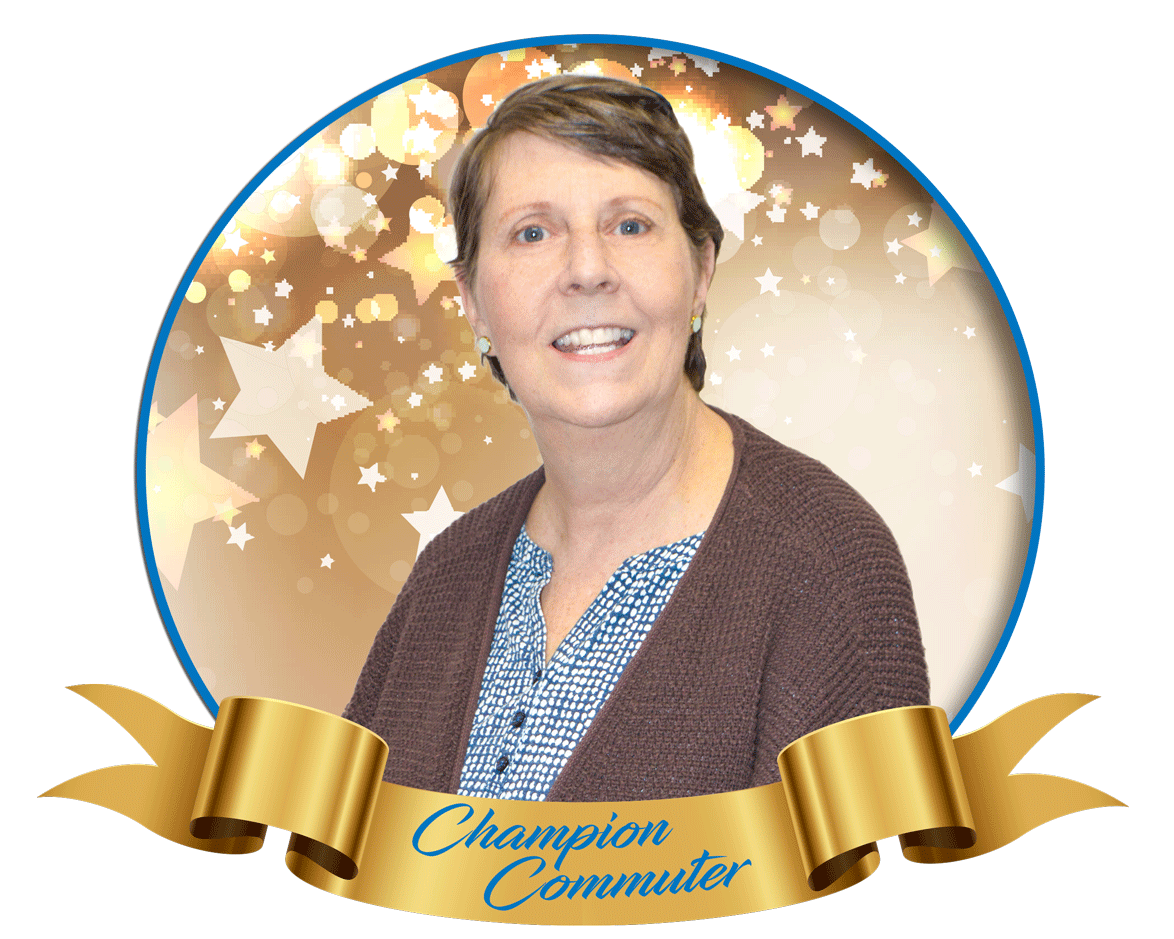 Maureen has been utilizing the bus system since she moved to Spokane in 1986. She began riding the bus for errands, but in 2008 Maureen gave up her car completely, deciding that owning a car didn’t make financial sense for her.

Maureen was originally located at their downtown site, which was only a 15-minute bus ride. But, after Alorica moved to the valley site, that increased her commute to about an hour. She needs to get up a little earlier in the morning and make sure she leaves work on time in the afternoon, so she doesn’t miss her transfer downtown. She moved about 6 months ago, and one of her considerations for a new apartment was making sure it was close to a bus stop.

Maureen is already teaching the next generation about commuting smart by taking her grandkids on the bus. Her 4-year old grandson finds it to be an exciting adventure. Her 11-year old granddaughter, doesn’t ride as much anymore, but understands the benefits of taking the bus and the sense of independence that comes with it.

Maureen stated, “I don’t think I’ll ever own a car again. Why would I? It just makes sense financially, plus, I practically have the bus at my front door. No need to make the change back to a car!”

ETC, Maureen McElroy, states “Maureen shows an incredible amount of enthusiasm for using commute options. She always completes her calendar, and has been doing so since 2010!