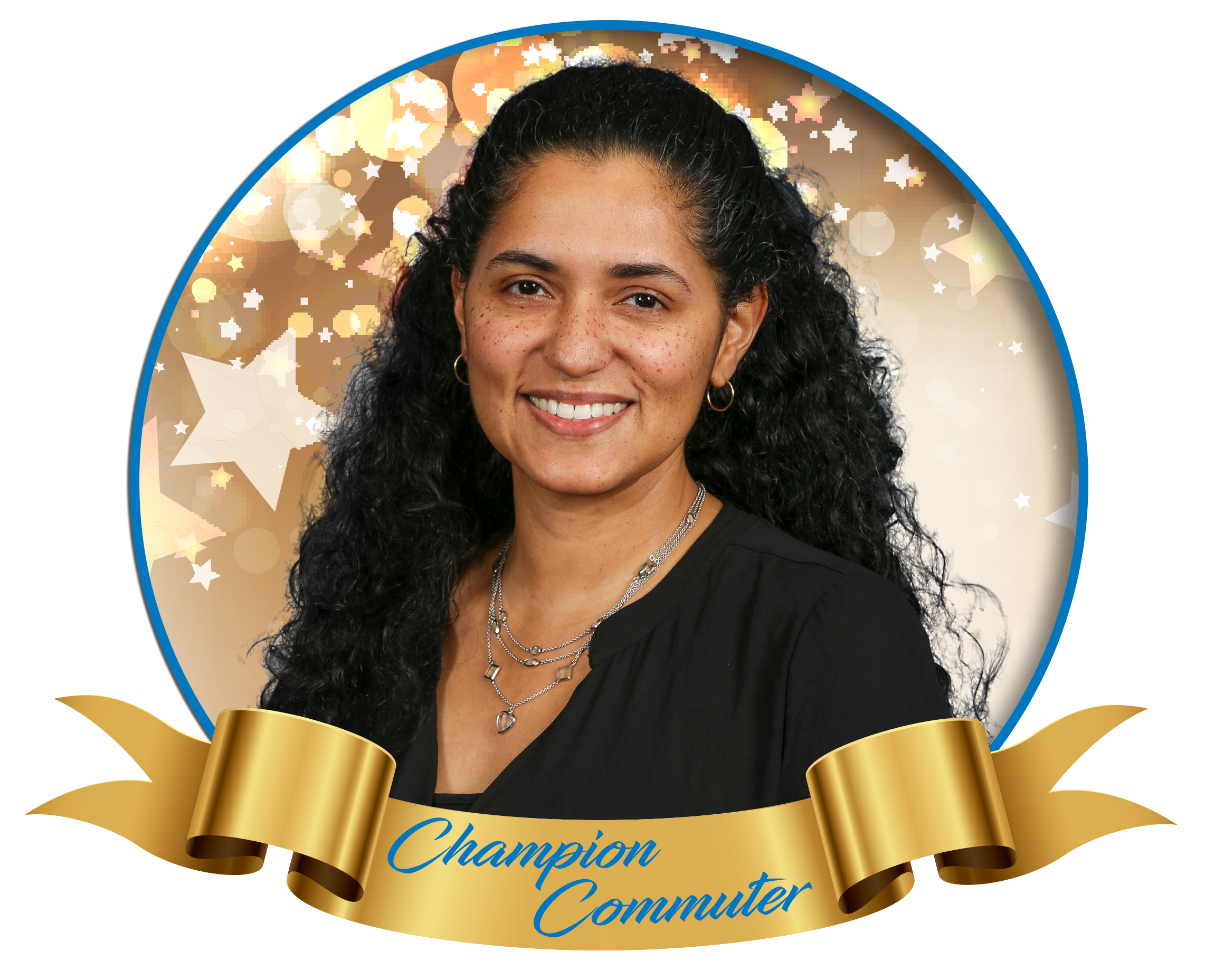 Maria’s had to change her schedule so that carpooling would work for them. But she doesn’t see it as a challenge, just something they need to work out. They try to make their appointments super early or as late as possible so they can still carpool. On some occasions, they do end up having to drive alone, but not often.

Maria enjoys carpooling with her husband. It gives them time together to talk, listen to scripture, uplifting music or just some quiet time. Maria is typically the driver, and drops her husband off before continuing onto the Public Safety Building.

In addition to carpooling, Maria also works a compressed work schedule and enjoys having an extra day off every other week.

Since logging her trips in 2010, Maria has used a commute option nearly 1,400 times and saved 37,000 round trip miles from our roads. Congratulations Maria!