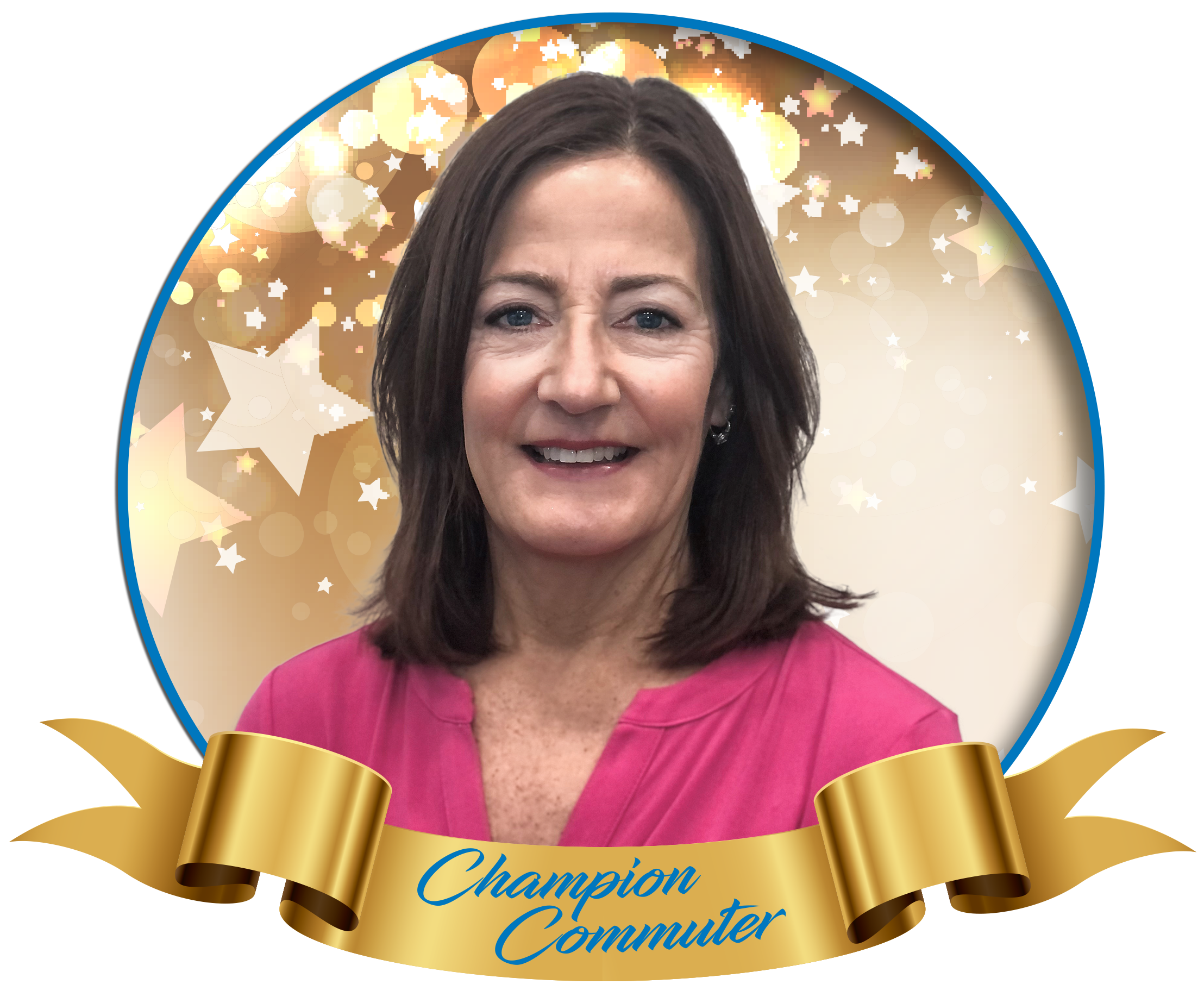 Lisa is the Communications and Outreach Manager for Spokane Regional Clean Air Agency. Lisa has been using commute options for the last 30 years. When their office was located on the Spokane County campus, Lisa would bus or bike to work. After they moved to a site close to SCC, she would carpool or bicycle. Most recently, they moved again out to West Plains area. Now with a 9-mile one-way commute, Lisa continues to carpool 2 times a week with her husband and teleworks 1 day a week.

Lisa understands the link between the pollution motor vehicles emit, getting those cars off the road and encourages the use of smart commute options. She chooses smart commute options because it’s the right thing to do. As a child, Lisa attended the “Give a Hoot, Don’t Pollute” anti-litter school assembly and she believes that instilled in her the value of environmental stewardship.

She doesn’t feel she has any “major” challenges to overcome by carpooling. The only minor inconvenience is leaving the house. When the driver, her husband, says it’s time to go, there’s no running back into the house for wardrobe changes or last-minute grabs. However, her husband will be retiring soon, so she’ll be searching for a new carpool partner, and that may become a challenge.

ETC, Margee Chambers, states “Throughout Lisa’s career at Spokane Clean Air, she has been a tireless advocate for commute trip reduction and smart commute options”.