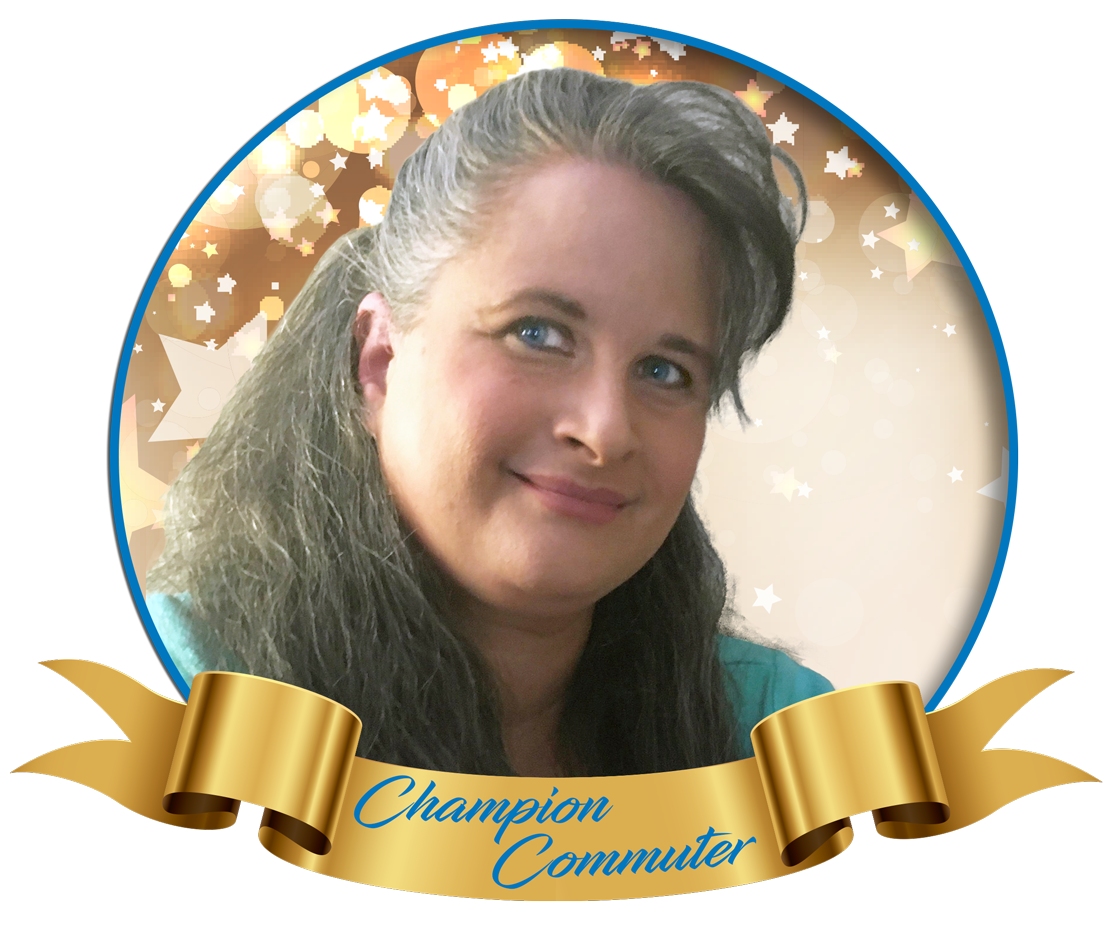 Lisa is a Customer Care Agent for Alorica in Spokane Valley and is no stranger to using commute options! Since moving to Spokane in 1998 she’s been a walker, bus rider, carpooler and now a Work a Home Agent.

She’s moved began riding the bus when she worked and lived in the valley. Shortly after, she moved to the Northside and continued to commute to the valley which took her 2 busses. Then in 2013 she was hired at Alorica - Downtown, which worked perfectly for her, with no transfers! Then in 2019, Alorica closed their downtown site, which required Lisa to, once again, take 2 busses to get to work.

After the move out the valley, one of her co-workers suggested they start carpooling. It was great to get to work quicker and home earlier. However, after 6 months, Lisa decided the bus was a better fit for her and went back to riding the bus. She does still carpool at least 1 or 2 times a month so her carpool partner can still participate in our commute program.

Lisa doesn’t see any challenges commuting by bus. She enjoys putting in her ear buds and listening to music or just staring out the window and relaxing. Lisa does encourage her coworkers to use commute options to get to work! She’s made many friends, whom she socializes with outside of the commute and has also become friends with many of the bus drivers.

ETC, Maureen McElroy, states “Lisa is one of the best ambassadors we have for our commute program. Not only she has used so many forms of commute alternatives from bus, carpool rider, and now working from home but she enjoys it! She says she can’t imagine doing it any other way.

Lisa quotes “It’s been very cost effected for me through the years and I love that every day is a new adventure or challenge!”