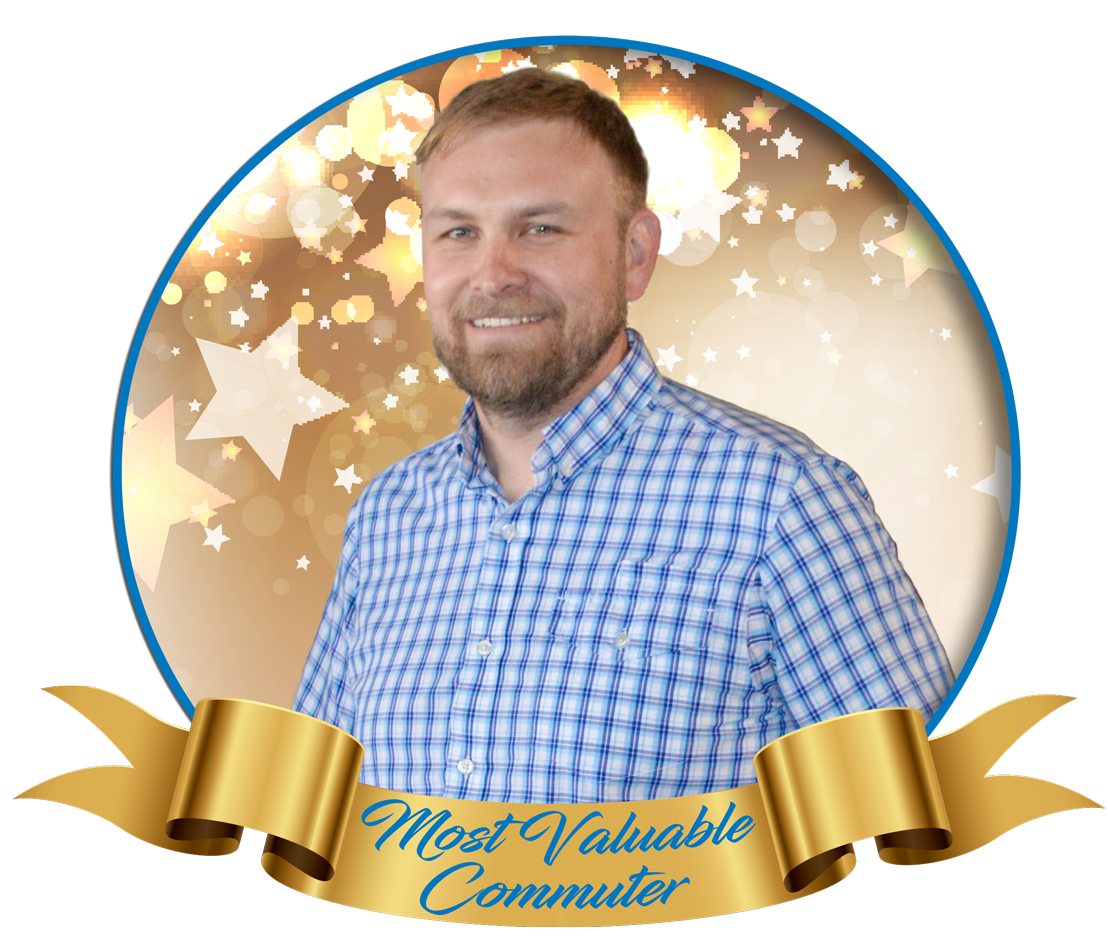 Kyle is a Supervisor at Engie-Insight. Kyle began riding his bike to work in 2012. His dad became sick, and Kyle decided he wanted to be healthier. When he began riding, he worked swing shift, so the traffic wasn’t too bad during mid-day and there was virtually no one on the road on his ride home. Then he started working days, that’s where the coordination had to come in. Kyle and his wife, Jen Taylor, (who is also the Co-ETC for Engie) have 3 children. At that time, all 3 kids went to different schools/daycares and Jen started riding her bike to work with Kyle. For 6 months, Kyle would take the youngest, and haul him in the trailer behind his bike to daycare!

Kyle enjoys riding his bike and says he enjoys the fresh air, all the health benefits and he does feel better after riding, but admits some mornings he has to dig deep to find the motivation! There’s a lot of coordination with 3 kids and their work schedules. And, on days when Kyle isn’t able to ride his bike, he carpools with his wife.

Kyle said it doesn’t take a lot to start riding. They just purchased average bikes to start with. Engie does provide secure bike cages, so his bike is safely stored throughout the day. His commute takes him about 20 minutes, which is about the same time or less that it takes to drive, and there are designated bike lanes almost the entire way.

Co-ETC, Jen Taylor, says “Kyle willingly talks to people about his commute and his passion for commute alternatives and he has inspired other people to bicycle to work!