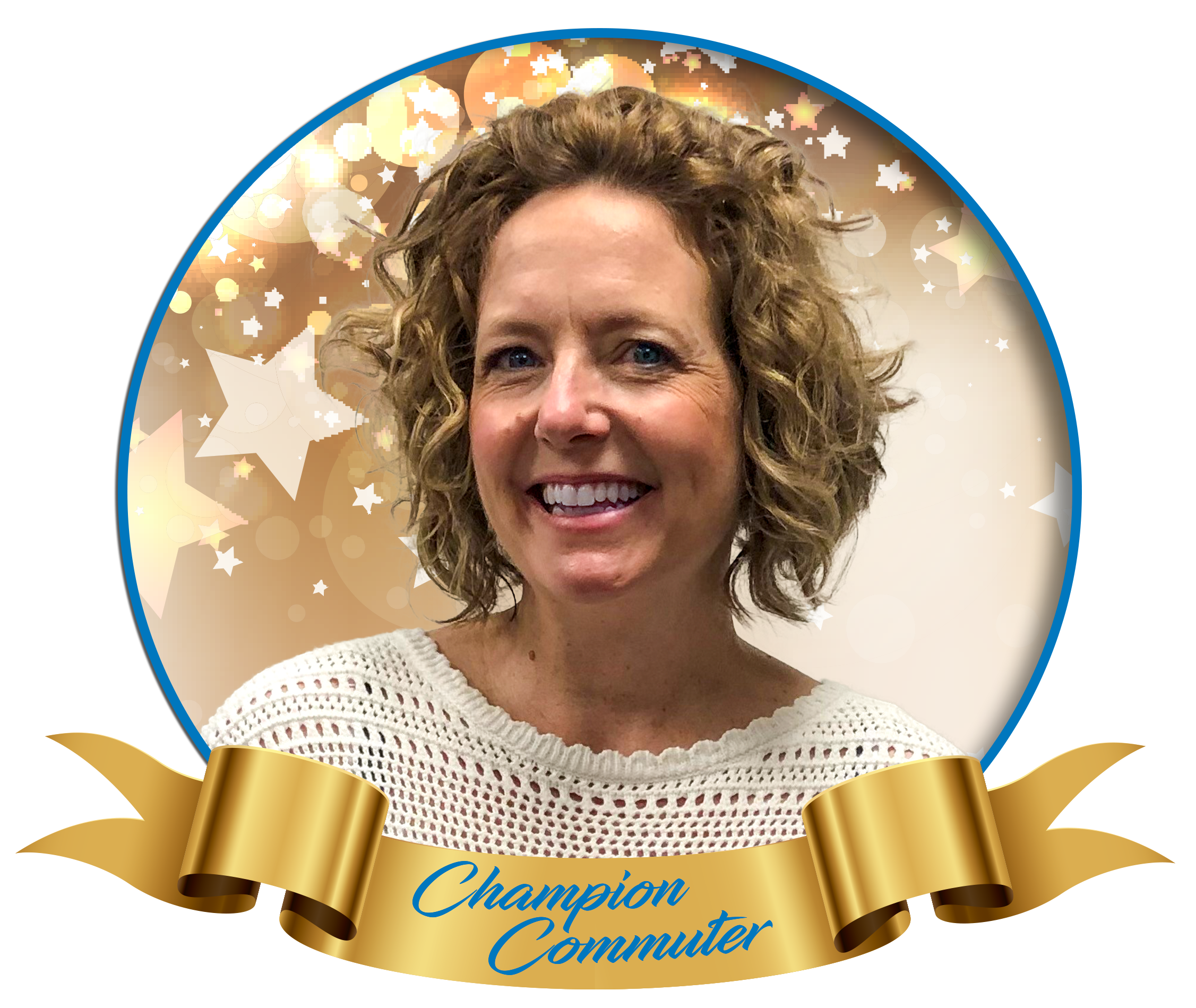 Karin is the Administration Assistant for Spokane Transit and has been riding the bus to work for the last 11 years. She grew up in Seattle, and riding the bus was just the norm, as it provided a safe and reliable form of transportation. As an adult, Karin feels the same way. She enjoys supporting the transportation system and reducing the harmful effects on the planet.

Karin enjoys her time on the bus. She catches up on her texts, knits or just relaxes during her stress-free commute. With her bus stop only 3 blocks away from her home, she feels she has door to door service. Another benefit to taking the bus is that it forces her to leave on time, both home and work! During the winter months, riding the bus is easier and faster than driving her own car.

She promotes riding the bus, biking and carpooling to her colleagues and friends. She is always willing to lend a hand when it comes to talking to people about riding the bus or how to put your bike on a bus. She has a great attitude and is a wonderful advertisement for commute options.

ETC, Stacia Bowers, states “There is no obstacle Karin can’t overcome. She has missed the bus and happily said, I’ll just hop on the next one”. Her husband is a bus driver so she will even take the bus in and depending on his schedule, carpool home.

Since she began logging her trips in 2010, Karin has reduced nearly 18,000 drive alone miles from our roads and used a commute option over 1,700 times. Congratulations Karin!