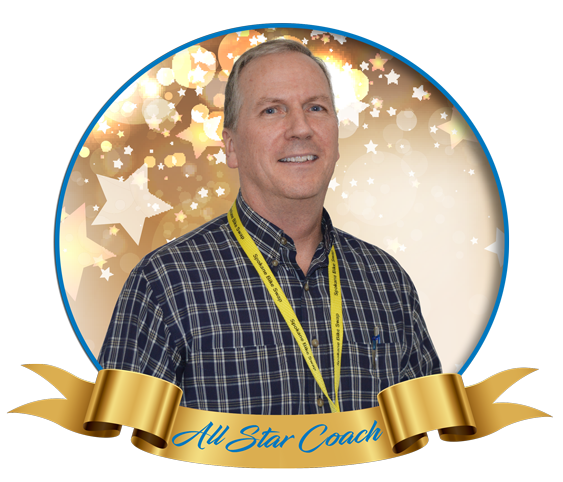 Jerry Compton is not just the ETC for WA State DOT, Eastern Region, but he’s also the ATC - Active Transportation Coordinator for Bike/Pedestrian/ADA outreach to the community for the Children of the Sun Trail.  Jerry rides his bicycle to work and works 4/10 compressed work weeks.

Jerry markets his program to 265 employees.  His office provides a subsidy of $1.50 each day to any employee who walks, bikes or carpools (up to $354 per year). They also subsidize vanpools and offer a 100% subsidy for transit. In addition, they have a bike repair station, bike racks, lockers, showers, compressed work schedules and a guaranteed ride home program.

When asked what he likes most about being the ETC, Jerry said that it pushes him to be more interactive, both in-house and with outside agencies. He takes advantage of one-on-one discussions with new employees at the new hire orientations to explain their CTR program. He promotes the CTR program in safety meetings, with emails and in management meetings. He also gives away gift cards each quarter based on commute options used.

Jerry’s biggest challenges are simply that his location has ample parking, good wages and that the traffic for his employees isn’t really that bad! He is trying to find that “magic button” to shift people’s way of thinking in terms of how they see their commute and convince them to try a new commute option.

His words of wisdom, “Make the program your own. Give new things a try to see if it works. Your ideas make it more interesting.”