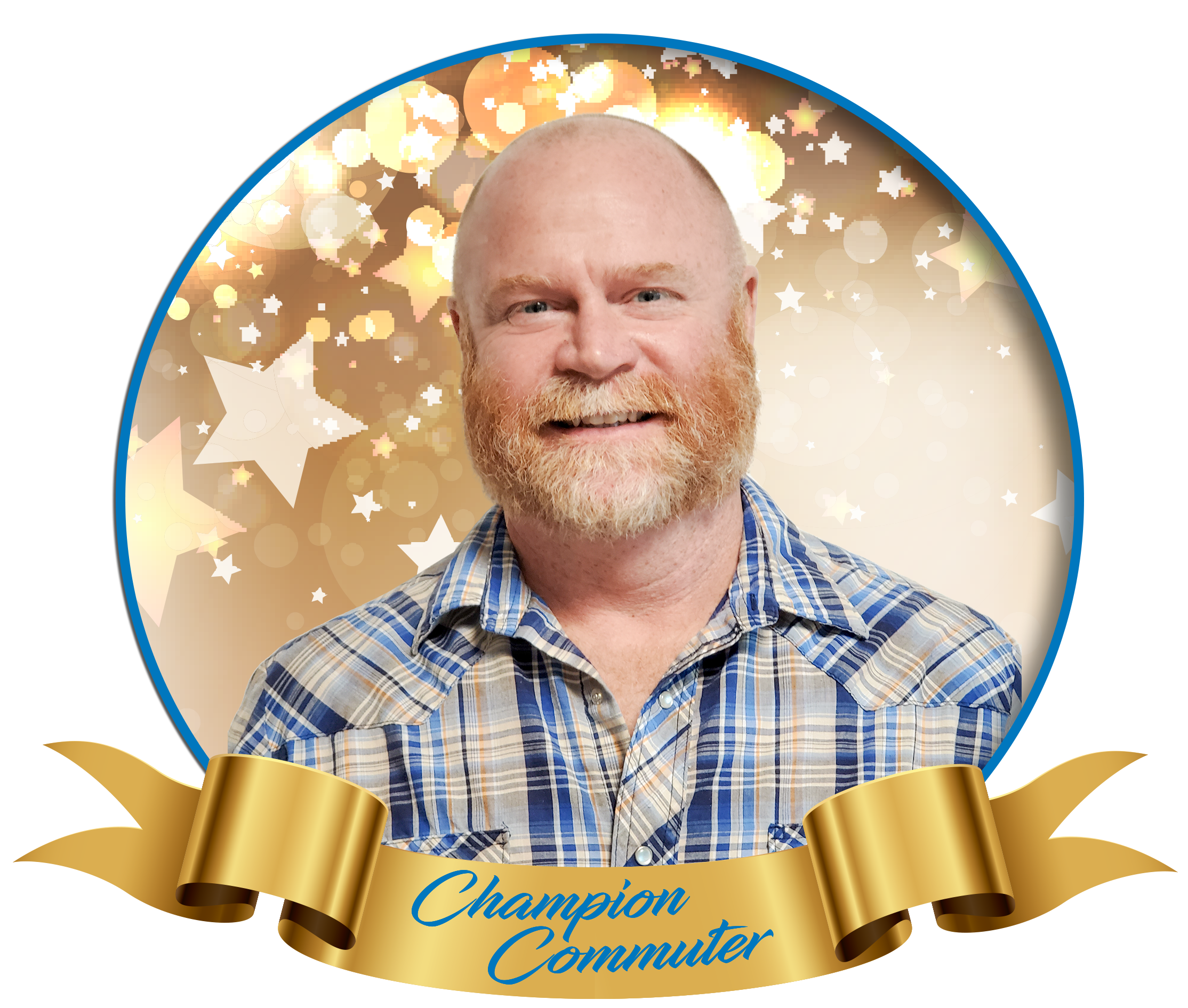 Jason Ball is a Transportation Engineer for WSDOT – Eastern Region. Jason has been an avid bicyclist since he was a kid. He began working at WSDOT in 1991 and was an occasional bike rider, but in 1992 he joined his colleagues in their Wednesday night bike club ride. He found his love of bicycling again and decided to begin riding his bike into work and has been riding into work 3-4 days per week for the last 20 years. Jason also works a 4/10 work schedule.

Traveling from the Wandermere area, with a 7 ½ mile commute, Jason doesn’t feel he has any challenges to overcome by bicycling to work. The weather doesn’t hold him back. He has snow tires for his bike and when the snow gets too deep to ride his bike in, he’ll park at the Northtown Mall and walk the remaining 2 miles to work.

Jason enjoys the health benefits of riding his bike. From the cardio benefits to the physical and mental sense of achievement. He also enjoys saving the wear and tear on his personal vehicle, as well as saving on fuel costs. On days when the weather is nice, Jason will extend his ride home beyond the 7 ½ miles.

Jason encourages fellow employees to give bicycling a try. He’s helped fellow co-workers with bike maintenance and enjoys helping them plan safe routes to and from work. Recently, Jason held a brown bag lunch to help others better understand how to prepare to commute by bicycle.

ETC, Jerry Compton, states ““When not teleworking, nothing stops Jason from commuting to work by bicycle.”