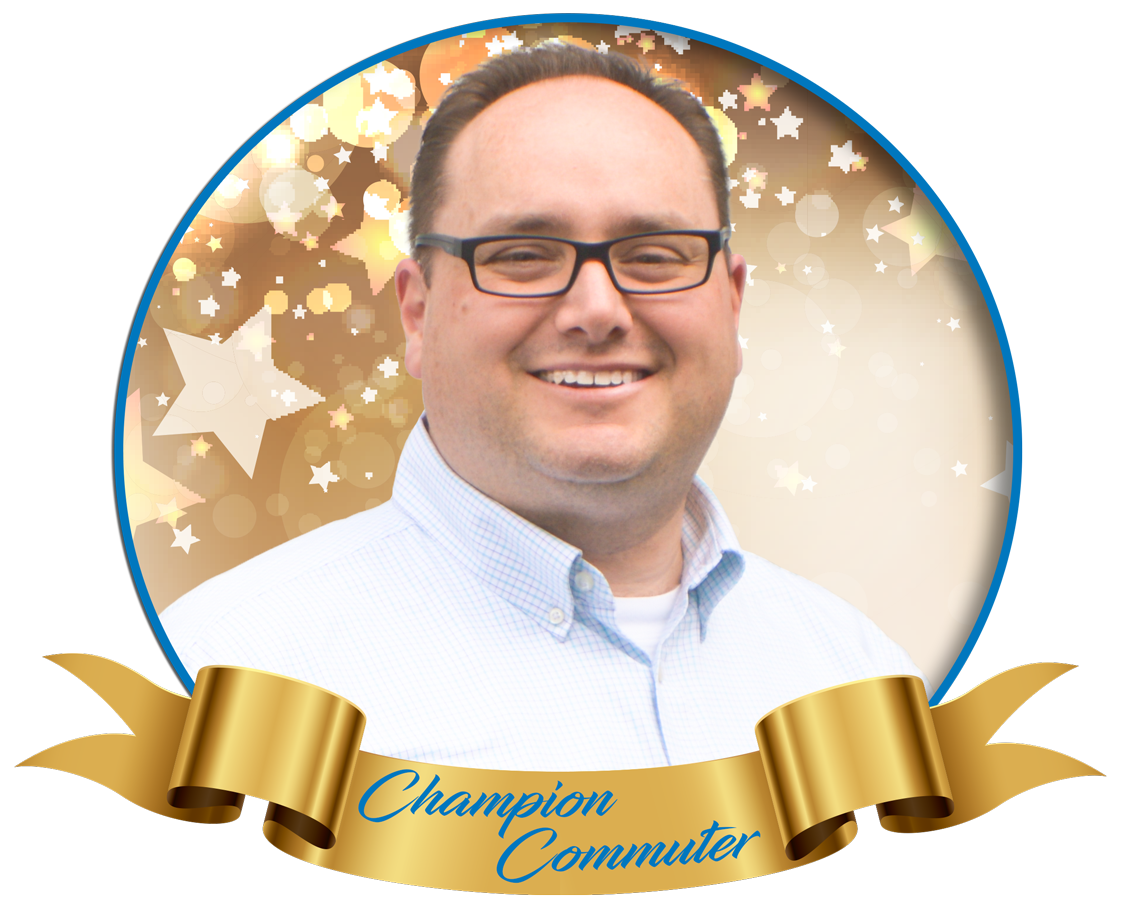 Greg is currently the Vanpool Manager for Spokane Transit. He began working at STA in 2009 as the Vanpool Coordinator, working at the Plaza downtown. He took advantage of the free monthly bus pass that STA provides a and began riding the bus daily, catching the bus at the Valley Transit Center. In 2015, he moved to STA – Paratransit on W. Sharp and began vanpooling and working a compressed work schedule.

With a 26-mile roundtrip commute, Greg enjoys the money he saves each month by vanpooling and the miles saved on his personal car. STA subsidizes 50% of their employee’s vanpool costs each month, which makes his commute more than affordable! Vanpooling is easy to get set up. One of the biggest challenges is accommodating everyone’s schedules. However, they work as a team to make sure their routes and times work for everyone.

One of the things Greg enjoys most about vanpooling is never having to stay late! When the van’s leaving, it’s time to go! Vanpooling keeps him on a schedule and allows for a balanced work/family life!

ETC, Jody Long, states “Greg goes out of his way to make sure that his vanpool is full and that he allows as many people that fit the schedule and the route try his van. He has a positive attitude and works to make the commute fun each and every day”.