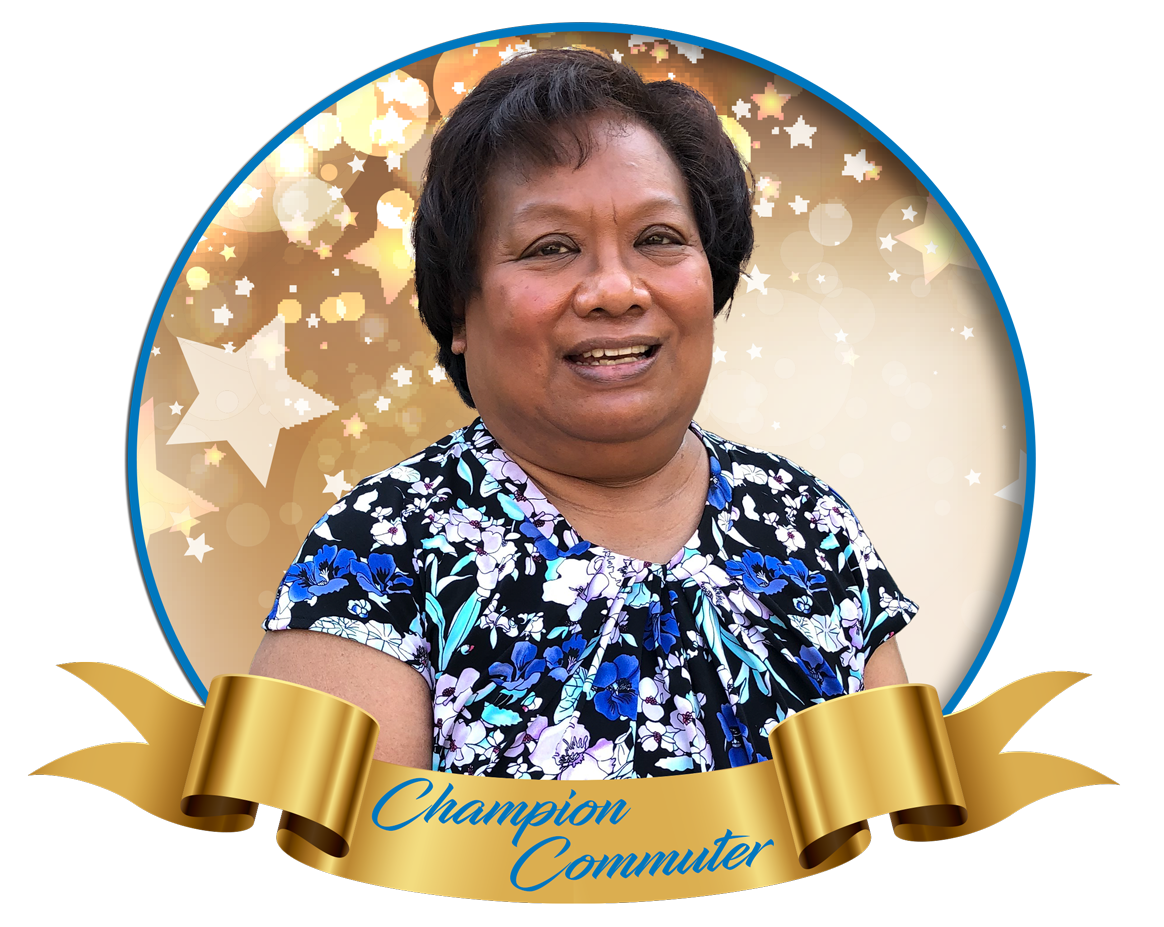 Grace works with EWU’s student government—the ASEWU—as their program support supervisor. She began carpooling over 24 years ago. Grace was co-workers with the ETC for EWU at the time. Since they were neighbors, Nadine strongly encouraged Grace to begin carpooling together. After Nadine was transferred to a different department at the university, Grace began riding the bus and has continued to do so every day since.

She doesn’t feel she has any challenges to overcome by taking the bus. Although she lives within a mile of the campus, she also rides the bus into Spokane for shopping and appointments. She enjoys the convenience of the bus, the fact she doesn’t have parking hassles on campus and is able to enjoy a stress-free commute. She’s also very appreciative of EWU’s Eagle Pass, which allows her to ride the bus for free!

Grace says, “STA is a dependable service and one would be foolish not to take advantage of their service.” Grace works so closely with EWU students, and has been very successful in convincing them to ride the bus, not only to the Cheney campus, but also to the campus in downtown Spokane.

She enjoys observing how courteous and thoughtful the STA bus drivers are to their customers on a daily basis. Grace feels if a customer feels welcomed on a bus, then it’s easier for them to become a regular rider.

ETC, Michelle Rasmussen states, "Grace is one of EWU’s model Commute Champions. Her enthusiasm for the CTR program is contagious and her promotion of the program to our student population will create future Commuter Champions!”