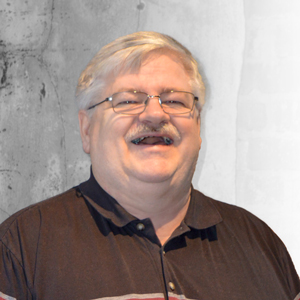 Gary is a Report Specialist for Alorica – Holly Mason. He’s been using commute alternatives for over 16 years. When Gary started working for Alorica in 2001, it was at their valley office. He lived so close to their site, that he only had a 15 minute walk to get to work. In 2008, he accepted a position at their downtown site. Not wanting to spend money on gas & parking, he immediately figured out a bus route. The nearest bus stop is only a block away from his home, which happens to be the 173 Valley Transit Express bus. And, since he typically works Monday – Friday, this route works perfectly for Gary.

Gary only has a couple obstacles to overcome. Winter weather can make it challenging to get to the bus stop. Un-shoveled and icy sidewalks can be a bit treacherous at times. He would just give himself a little extra time and also purchased some spikes for his shoes. Gary, on occasion, has to work holidays. Since the express route doesn’t run on holidays, he walks a few extra blocks and catches the 94 Millwood bus to get downtown. It’s not a big deal to him… it’s just a matter of planning and thinking ahead to allow the extra time to get to work on time!

Gary says “riding the bus is an easy thing to do! And since Alorica fully subsidized the transit pass, it’s like getting an extra $60 in my pocket each month”.

ETC, Maureen McElroy, says “Gary doesn’t feel he is doing anything special, but he is. He has been my most loyal and committed commute alternative users since coming to the site in 2008, and I never have to remind him to fill out his calendar”.