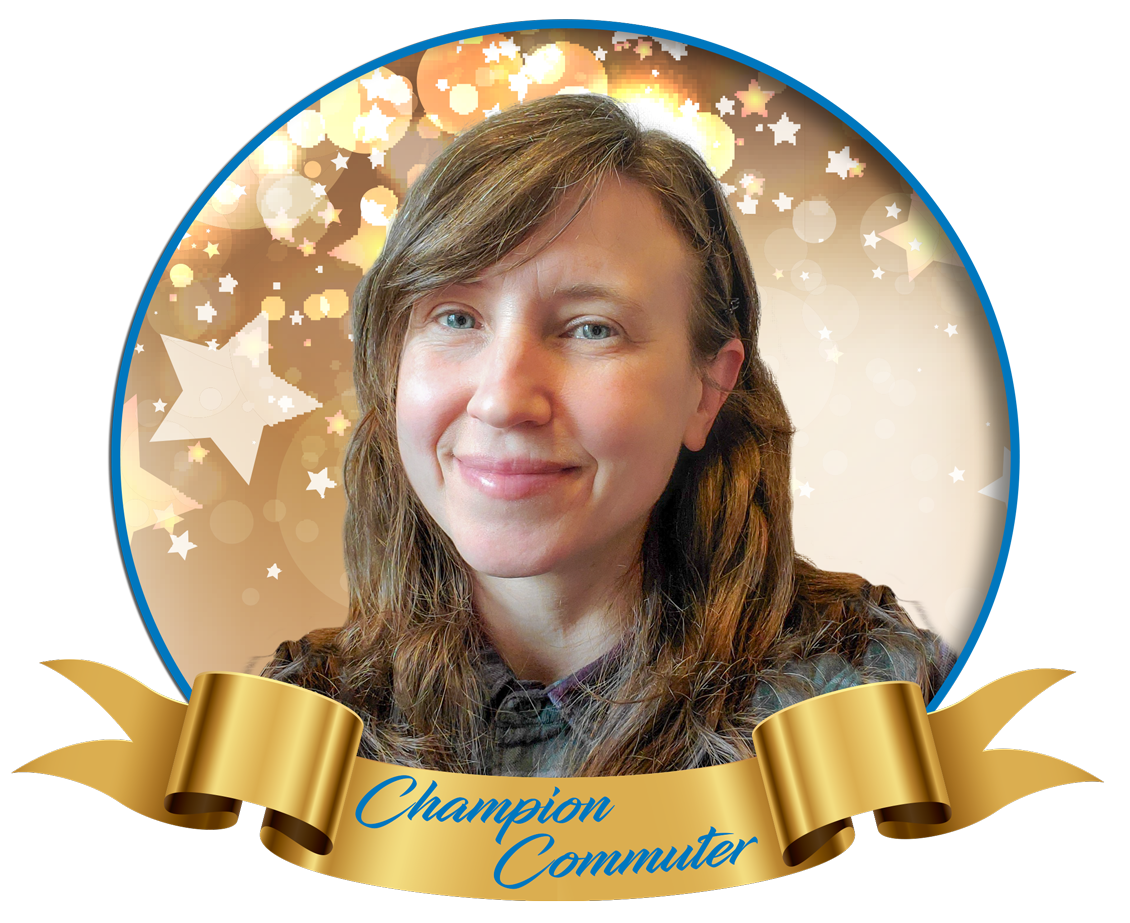 Candise is the Health Sciences Librarian for Gonzaga University.  She’s been an avid bicyclist for the last 18 years.  She recently moved to Spokane from Portland in November of 2021.

Candise enjoys coming into work feeling alive and refreshed.  Being able to utilize the Centennial Trail for her commute, she’s seen some pretty amazing sunsets over the river on her way home from work.  Besides feeling physically great, bike commuting is also an ethical decision for Candise.  She believes that individuals driving cars is a major contributor to greenhouse gases, and even though climate change feels pretty overwhelming, this is one specific action that she can do to help.

Candise doesn’t feel she has any challenges to overcome by bicycling to work.  The winters in Spokane are a bit harsher than Portland, so she purchased snow tires and makes sure she has the appropriate clothing for our changing weather.  This last winter, when the snow was too deep, Candise would walk to work.

ETC, Jacob Morgan states, “Candise is a year-round bicycle commuter.  She will ride in the rain, snow and ice.  She makes this commitment to commute, even when conditions are uncomfortable, because she’s committed to being a sustainable commuter.