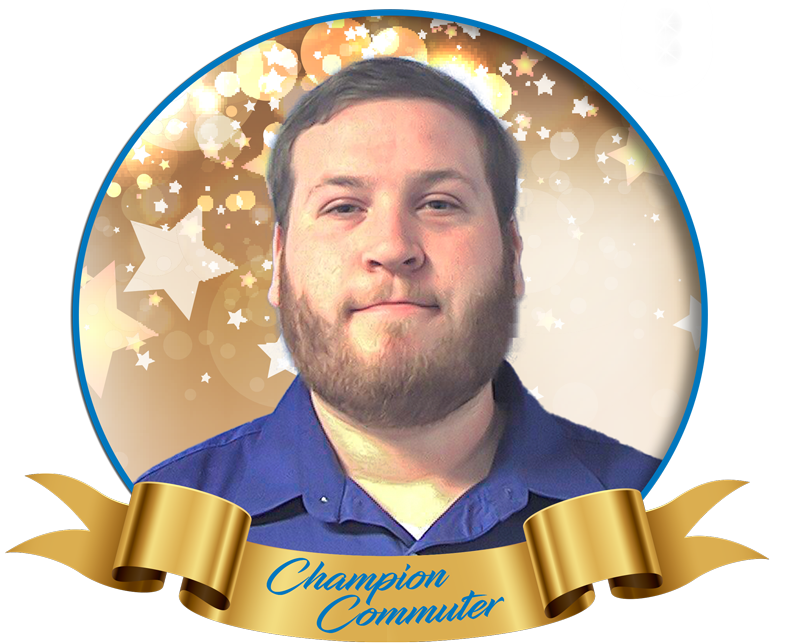 Andrew is an Accountant for the City of Spokane, City Hall.  He began riding the bus soon after he began working for the City in July of 2016.  With the cost and hassles of parking downtown, it just made sense to ride the bus.  Andrew catches the bus at the Mirabeau Park & Ride lot.  He enjoys the relaxing, stress free 10-mile one way commute into downtown Spokane.

Andrew doesn’t feel he has any challenges to overcome by riding the bus.  He said, it just takes personal planning!  He makes sure he gives himself enough time to catch his bus.  On days when he’s unable to take the bus, Andrew will carpool to work with his wife.

Andrew enjoys the money he saves by riding the bus, as well as the down time he has before his work day and after.  By not being behind the wheel, he’s able to just chill and not worry about traffic.

When asked if he encourages fellow employees to ride the bus, he said, “Oh, heck ya!  I tell them to give the big blue limo a try”.  He actually has gotten several employees to start riding the bus, after sharing the benefits and cost savings.

Andrew looks forward to the familiar faces he sees on a daily basis, either waiting at the bus stop or on the bus.

ETC, Shellee Ives, says “Andrew is enthusiasm!  He encourages people to try the bus and since he enjoys riding the bus, his enthusiasm shines through”.