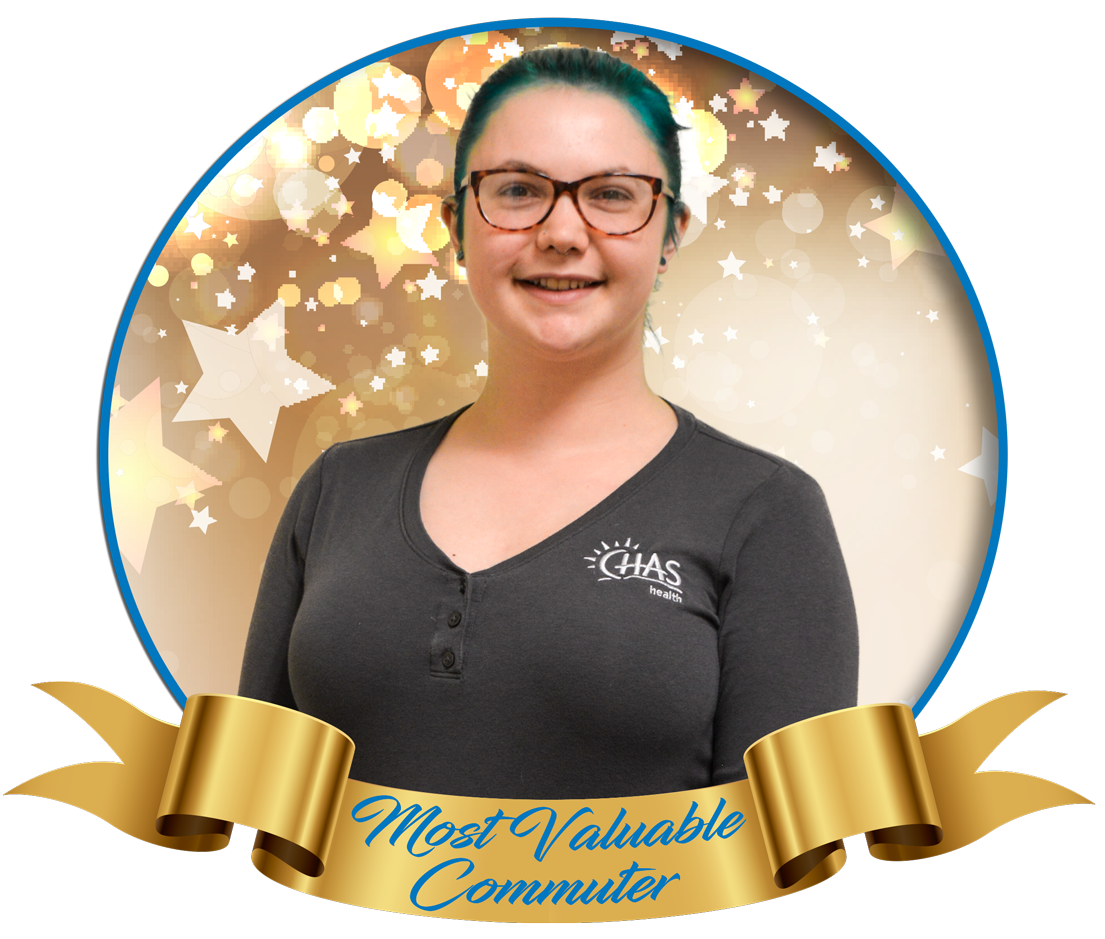 Alyvia works in the front office at CHAS – Maple Street. Alyvia began riding the bus 2 years ago, after her car broke down. She decided she would make the bus work for her, rather than spend the money on getting her car fixed. Prior to working at CHAS, she would commute from Medical Lake to the Northtown mall, which required 2 transfers. Now, she has a 4 mile one way commute each day, but has to walk about a mile each way to her bus stop. But she doesn’t see it as a negative, but a chance to get a little exercise.

On her first day of work at CHAS, Alyvia reached out to her ETC, Anastasiya Avdeyev. She had read in the brochure given to her at the new employee orientation that CHAS provided free bus passes. Alyvia appreciates that CHAS provides bus passes to their employees.

Alyvia doesn’t see the sense of owing a car. The total expense of owing a car with gas, maintenance, and insurance, just isn’t worth it to Alyvia. Plus, by not driving, she doesn’t have to worry about being in a car accident.

Riding the bus everyday also gives Alyvia the opportunity to talk with patients who also take the bus to get to the CHAS clinic. She enjoys the “thank you’s” she gets for what CHAS does for our community from other riders and the bus drivers. Alyvia says “Riding the bus is a good networking tool as well as transportation”.

Their ETC, Anastasiya, says “Since Alyvia started working at CHAS, she always fills out her commute calendar, and doesn’t need to be reminded!” Congratulations Alyvia!